The Onion Passed On This Writing Packet (2019) 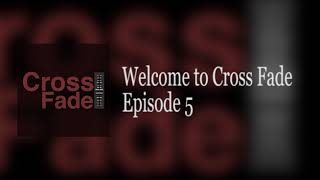 Joe Pera could very easily be considered one of the most unique voices in comedy today.  Landing somewhere between an observational 80s road-comic, Andy Kauffman character, and Mr. Rogers he is able to pull off punch-lines about the height of different tree varieties, quality family time and the familiar memories he has of he and his Dad’s childhood McDonald’s orders.  His calm, heart-warming standup feels like being wrapped in a comfy sweater, not dissimilar to the ones he seems to always be sporting.

This character, if it could even be called that, transfers over whole-cloth to Adult Swim’s Joe Pera Talks With You, a 9 episode comedy series that spun off of his two previous Joe Pera helmed one-off specials in 2016: the animated Joe Pera Talks You To Sleep, and Joe Pera Helps You Find The Perfect Christmas Tree, the latter of which seems like a proof-of-concept for the subsequent show.

Joe Pera Talks With You starts off something like a humble public-access educational show, mostly interested in the historical significance of different minerals local to Michegan’s Upper Peninsula, where the show takes place, before a narrative quite literally forces its way into the show itself and occupies an increasing amount of time as it takes up more and more of Pera’s thoughts.  The subsequent episodes see Pera’s interest meander from family diners to the souls of jack-o-lanterns to coworker weddings and fireworks all while he welcomes his new neighbors to the community and deepens a romance with the school’s other half of the music department. Oh yeah, he’s a middle school choir director.

But how could something this docile and innocuous be considered subversive?

Adult Swim is naturally subversive as a programming slot, often finding the wildest shows possible such as Tim & Eric Awesome Show Great Job, Aqua Teen Hunger Force and The Eric Andre Show.  It is, in a sense, our current version of what National Lampoon’s and SNL’s salad days provided: counter-cultural comedy. The tone is often loud and often weird and often violent and all of those traits are amped up by the very fact of following the family-friendly content of Cartoon Network.  I remember many random instances of my adolescence being startled by a midnight flip to Adult Swim and seeing a fake mustached man pulling the intestines out of a large puppet monster, or a poorly blue-tinted Tim and/or Eric throwing a brick at someone’s head or an animated PT Barnum-type watching naked prisoners get sucked through shower pipes, shredded and absorbed into an amorphous pink blob monster mode out of severed limbs and broken skeletons, (it took longer to describe that event than it did for the show to animate it) all of which I enjoy and find funny, I must add.

But Joe Pera and his team eschew all of said style that is seemingly inherent to Adult Swim’s ethos.  The shocking gore and in-your-face comedy is entirely gone and replaced with lilting introspections and kind character moments.  It is a show that is comforting to absorb and manages to actually bring me to full tears, a rarity for the entirety of Adult Swim’s catalogue.

The cinematography of the show is beautiful; an aspect that has rarely been of any interest to Adult Swim’s other works.  Instead of purposefully replicating the grainy, rushed public-access visuals like a majority of the channel’s live-action fare, Joe Pera Talks With You chooses to shoot everything very cleanly, allowing for wide vistas of small town rooftops or the colors of Fall leaf changes, that becomes the mood-pallet throughout the season.  The strengths of digital cameras as opposed to film are in full-force here, keeping the frame as crisp and pristine as the cold, Winter air implied by the cinematography.

Much intention is given to the use of overlapping crossfades and slow-motion adding to the visual ASMR aspects of the moments when Joe Pera waxes poetic.  The narrative portions are wisely shot in a handheld documentary-style keeping them separate and appropriately jarring to toggle between, an extension of the abrupt mental changes Pera has to weather when his actual life butts in.  The oscillating visuals invite fun allusions to the sterility of PBS documentaries to the haphazardry of modern verité-like human-interest documentaries.

In addition to the visuals, Marty Schousboe, the director of the whole series, is responsible too for the performances informing the looks.  Joe Pera himself, real life or character he may be, instantly gets across the feeling that he is a 30-something who was raised by grandparents and other elderly people his entire life.  Long time collaborator and Late Night with Seth Meyers writer alum Conner O’Malley naturalistically portrays the frat-bro-turned-fun-dad perpetually beside his calmer, more responsible wife played by Jo Scott.  The pair perform expertly together and lend an authenticity to the archetypal blue-collar neighbors with rowdy kids. Gene Kelly, originally a Cameraoperator on Seth Meyer’s show (where most of the creatives on Joe Pera Talks With You previously worked together) was offered the role of Gene and absolutely nails the unique tone of Pera’s friend and co-host on this bizarre edu-tainment project that seems to be happening in between formal character developments.  Finally Jo Firestone, an inventive stand-up comedian in her own right, rounds out the cast as the secretly doomsday prepping Middle School band director. Firestone manages to make the relationship between a seemingly normal person and the bizarre fellow that is Joe Pera relatable and believable, a task which requires high-wire precision.

The albatross around the show’s neck is the idea of who the joke is on.  I have watched the show now with a couple of people, both of whom say they feel bad for the Joe Pera character; that the show is actively mocking him.  I can honestly understand that being some people’s take away. Ancillary characters interact with Pera cordially, but in a way that portrays him as somewhat of a nuisance, and parts of the comedy is made around those few interactions.  But with that being said, I completely disagree with such an inference. Those moments are so rare, and in only a small number of episodes, that I don’t think they pull focus away from anything the show is trying to accomplish. Furthermore, I disagree that they are at his expense at all. Rather, the comedy in the show is a rare example of something simply being funny without having anybody or anything as a punchline.

Pera feels like a real-world person and in our world he would truly be seen as fully endearing and slightly a bother.  Furthermore, there are moments sprinkled throughout the series that show the hand of the writers being entirely aware of Pera as a character.  Moments where he acknowledges his odd behavior: knowing he’s a boring guy when seeing a student of his in Episode 2 or apologizing for jokingly threatening a friend who was busting his chops in episode 7.  I think one’s perception of the show hinges upon their preconceived notion of the kind of comedy that Adult Swim creates and whether or not your personal misanthropy can be paused for long enough when a television program offers that option for twelve minutes.

The full-stop brilliance of the show comes to a head in episode 6, Joe Pera Reads The Church Announcements, written by Dan Licata.  As the episode opens we see Joe approaching the podium to read the titular announcements but immediately derails himself with the story of experiencing Baba O'Riley by The Who, never before heard by him, that previous night.  The sequence we see is nothing short of amazing and reduced me to a blubbering mess when I watched it recently with my fiancé.

First, we watch a long unbroken shot of Pera rendered incapable of NOT moving to the beat of The Who’s powerchords.  Then all hell breaks loose as Joe moshes, howls and celebrates.  He quickly calls multiple radio stations at the end of each playthrough and requests the song again, orders a pizza as a snap-decision and dances with his Bassett hound, Gus; all while the song builds in equal intensity.  After coming to his senses, we return to the church he told his story from as he leads the congregation in a group rendition of the tune in order to jog the memory of their unimpressed pastor. Joe’s infectious enthusiasm bleeds its way into every single human in the crowd as they join in unison, singing an a capella cover and hitting me right in my tear ducts.  In Pera’s words, “The first week listening to a new favorite song is kind of intoxicating,” and that’s exactly the articulation of the chills I get each time I watch the episode. Seeing a person experience such an electrifying song for the first time is equally as electrifying, nothing on Cartoon Network from the hours of 8:00pm to 5:00am has ever been able to make me feel in such a strong way.  After all, what else is art for?

Joe Pera Talks With You is a show indebted to the lovable small-town Americana feeling.  A sense of community with one’s neighbors and history, where a gentle-hearted semi-nuisance can float around familiar spots and wave to familiar faces.  It becomes a bastion of kindness similar to the more beloved Great British Bake Off or Joy Of Painting but adds more: a compelling narrative, expert direction and well-observed performances.  The show’s refusal of post-modernist cynicism is criminally undervalued as a viable tone in fresh, subversive and counter-cultural humor and I look forward to the forthcoming second season.

All nine episodes of Joe Pera Talks With You is streaming on AdultSwim.com for free.